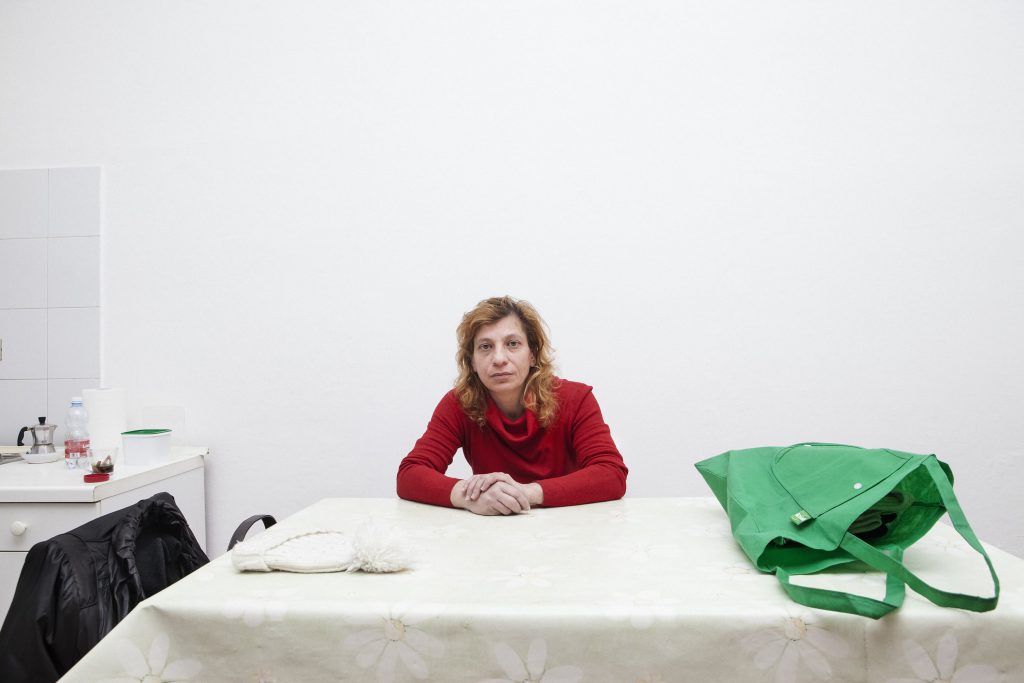 When I started this project I set out to show a hidden side of life Italy today, a side out of the media glare. This is the story about the families of migrants and Italians facing the crisis with unemployment, high costs of life, and the precarious situation of losing the basic right to housing.

Technically, it’s called “guilty arrearage” and ends in eviction because of the poverty of the inhabitants. In 2013 in Italy 250.000 families risk this to happen to them, that’s an average of 140 evictions a day, almost 6 each hour. In the following years this phenomenon could even be more widespread due to the abolition of public support (“Fondo sostegno affitto nazionale”), which has been helping more than 350.000 families pay their rents. Even as the pressure on housing in the social emergency rise some 5.000 public houses remain empty, waiting to be surveyed and brought up to standard to be inhabited, and that’s just in the city of Milan.

I’ve built a close relation with several families and followed their stories from the notification of eviction to the day itself and being pushed out. Often the police and legal officers prevent me doing my work so I turn my focus to the other aspects of these stories, particulars that can reveal the dramatic experiences going on in these families lives. After the eviction, in fact, some families were rehoused temporarily, others went to cheeap hotels with the support of the municipality, but many others had no other choice than to sleep on the street while they await decisions being made on access to public social housing (which they have right to).

Many stories are focused on women who had only a part time jobs or no job at all, like Letizia, Maria, Cadija, Edy, Pina, Genny and Pina Cortese who we see in my photographs, all struggling to pay their rent, many have lost that battle already.

Cadija is from Morocco, she’s been living in Italy for 8 years. She’s unemployed and has a 17 years-old son. Cadija has already received three eviction notifications. Cadija has not received news of her husband, a Syrian national who went back to his homeland before the war started. She lost her job and now she hopes to received public social housing before eviction day.

Letizia experienced eviction in January. She has a 15 years-old daughter and her part time income does not allow her to pay the full rent. After the eviction she received a small flat to live, thanks to a local community association, but this solution is temporary and she hopes to receive full public social housing soon.

Maria has lost her job recently and was evicted from her home two months ago. Now she’s hosted in an emergency shelter run by a local organization. Edy was evicted last December and has a new born baby girl only a few months old. The society for whom she was working did not pay her salary for many months and in few months time her contract will change from full time to part time so her salary will decrease. Now she is staying at a friend’s apartment. Pina is living at the first floor of a building without an elevator, she is severly disabled and has received her eviction notice. Genny is living in the same building. She has no regular job and she has a chiold with special physical needs who can not live with her because of the lack of facilities in the house.  She is expecting eviction soon. Pina Cortese is 28 years old and she works in a shop in the city centre. A local committee of inhabitants protested and halted her eviction for the moment.

There are also stories of people who leave the country they have chosenre-migration to return to their place of birth, because of the lost of job and housing. This is the case for Peppe, a 53 year-old man living in the North of Italy for many years and now returning to Naples because of the loss of his job, the difficulty to find a new one, and the eviction that happened last January.

A similar story is that of a family from Egypt who have been living in Italy for the past 8 years. When Mohamed  lost his job and his wife lost her permit to stay because she lost her job too, they decided to return to Egypt, just few days before they were evicted.

The families with many members are the most vulnerable, families of up to 6 often live in a 40 square metre apartment with little or no means to apply to public housing to relocate. The Mauhay family, Arnold, Mardy and their children Adrian, Alessa and Angel, were living in a house in the north of Milan. The building was very badly maintained, the stairs had no lights and the dangerous electric wiring affected their house. After their eviction they are living in a hotel with the support of the municipality.

Valeria and Mario were the guardians of a villa belongiong to a rich family in Milan. After they lost their jobs they found themselves, at the age of 60 unemployed like their two 30-year-old sons. After the eviction they are seeking support from a local organization.

Kumara and Mary are, as many others, victims of the illegal rent black marke). As they are undocumented migrants it is impossible for them to register without permits for a  housing contract. When they tried to ask to the house owner to give them a proper lease he increase the rent. They were unable to pay and soon after received an eviction notification. Now Kumara is living in his car, and Mary is hosted in a protection housing with their son, Nathaka.

Flavio, Rosaria and Nancy are a young family. Flavio has no regular job and Rosaria is a teacher with an unstable contract. Two months ago a committee of local residents protested their evicition and won a temporary stay for the family.

The Al Badaui family is composed of Ayman and Abir, Maram, Mariam, Mohamed and the little Samer. Abir does not speak Italian and takes care of the house and family while Ayman works as a cleaner at the airport. When his working hours were reduced he became unable to pay his rent so they received an eviction notification. The committee of residents in their block organized a sit-in and their eviction has been postponed. The family has some chance to receive a public social house, but, as Ayman told me, the solidarity his family has received from the local residents has given them the most support, restoring their strength and their sense of humanity. 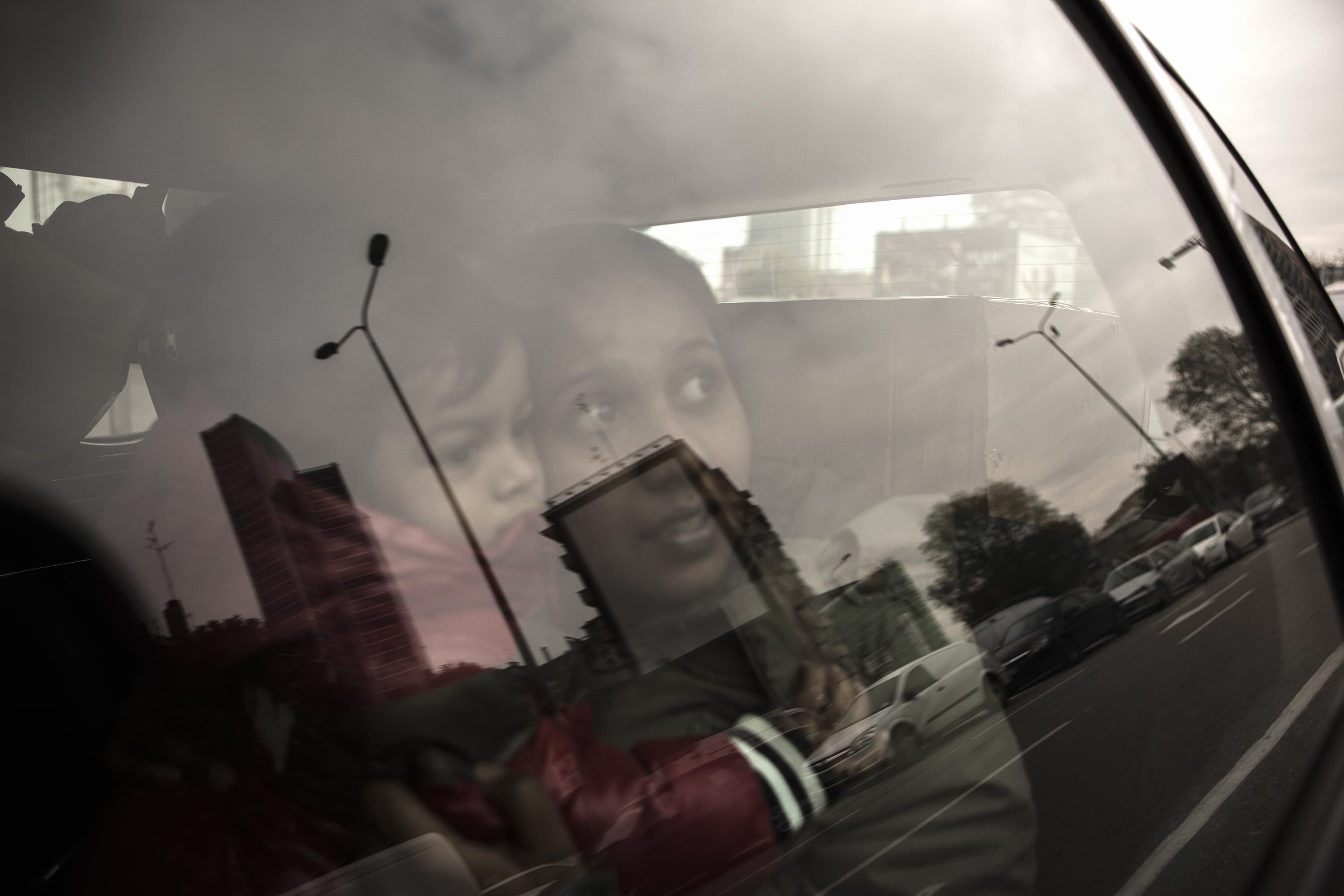 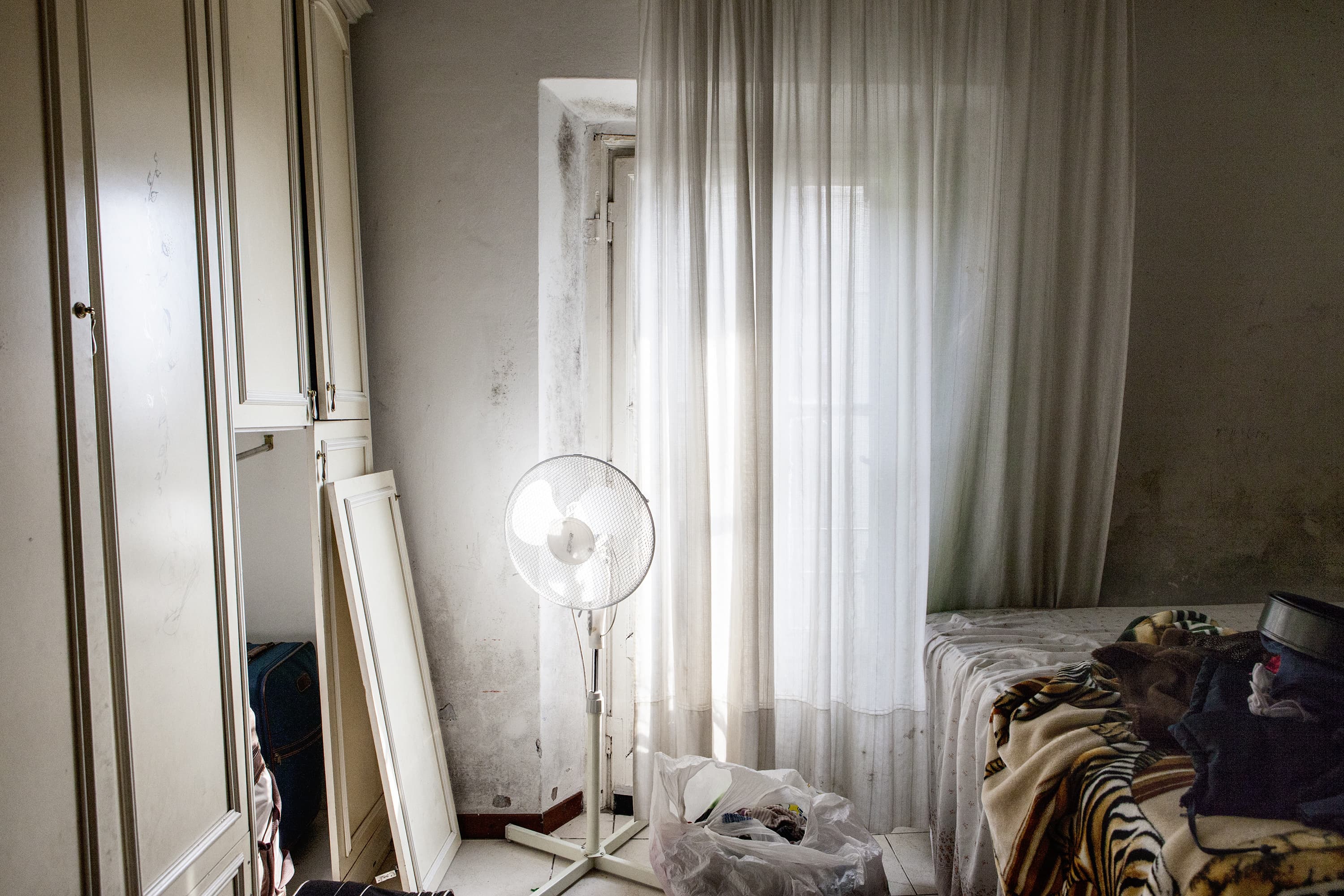 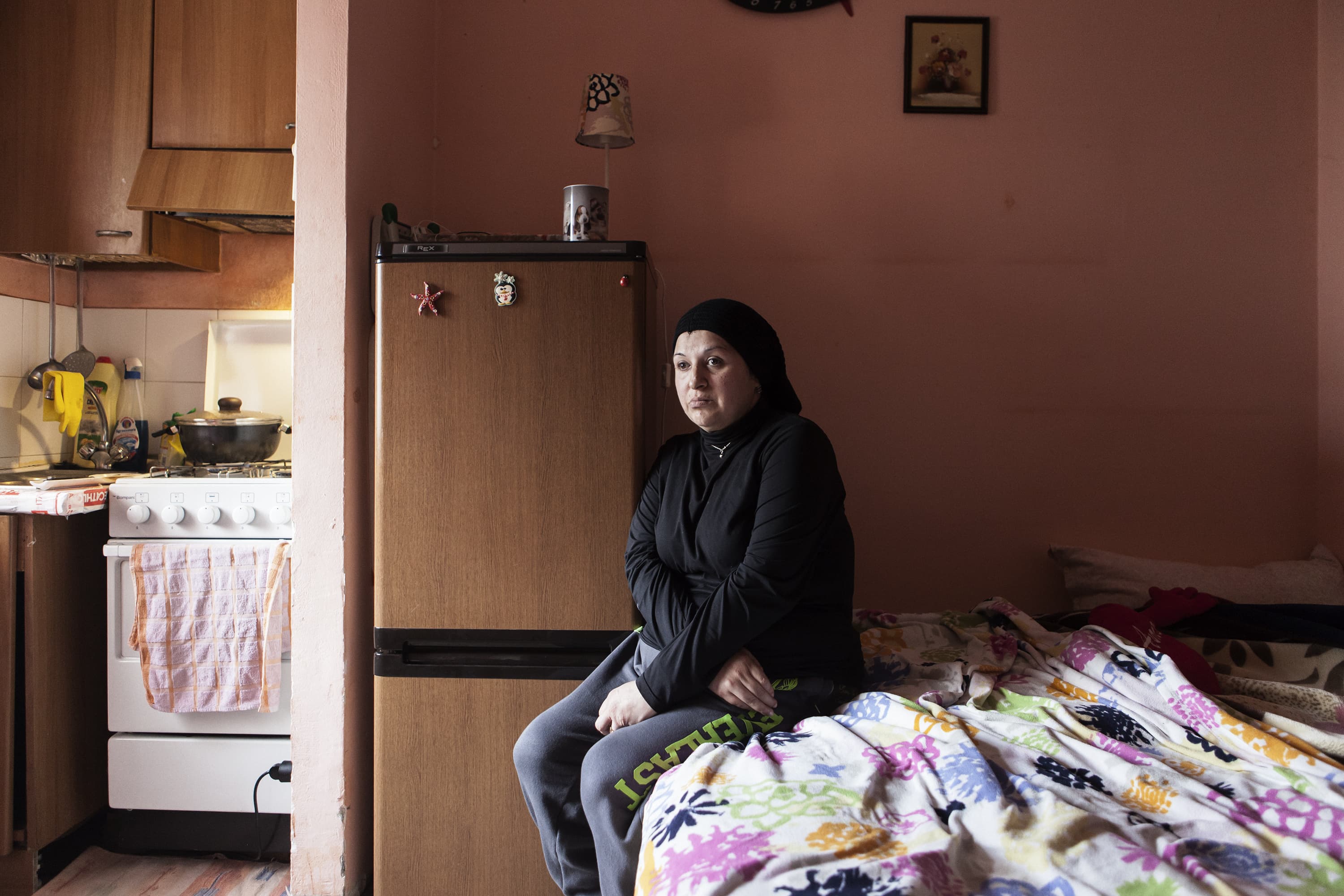