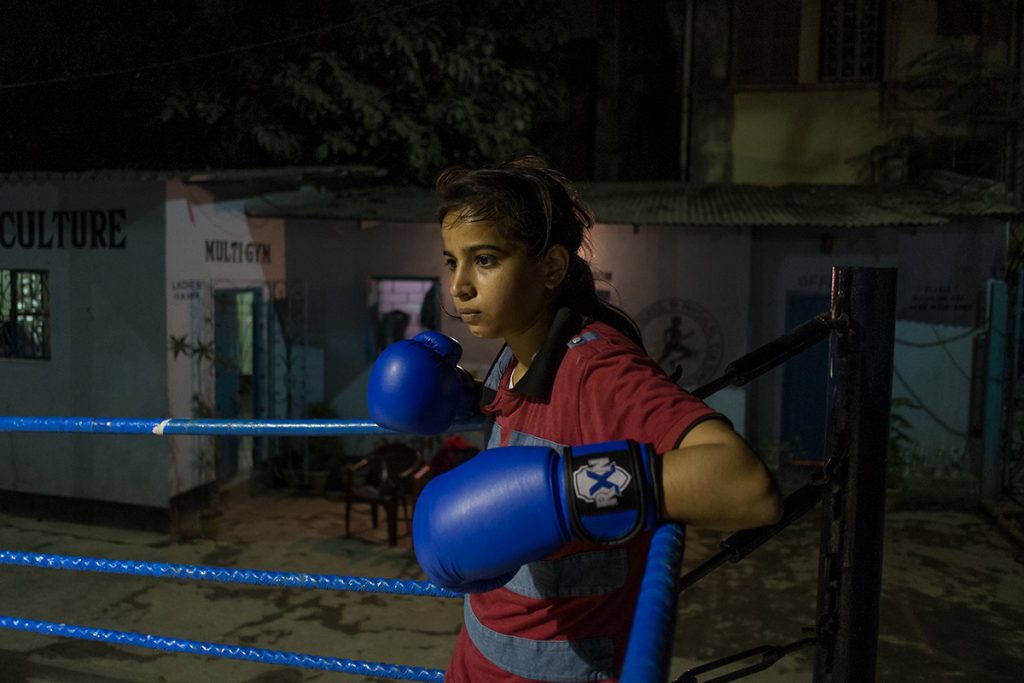 For young Muslim and Hindu girls in the outskirts of Calcutta, boxing is becoming the path to a brighter future. In 2011 there were around 200 female boxers in India. The Muslim communities of West Bengal
contribute about 55 per cent of the total. This would have been unthinkable 10 years ago. Asit Banerjee, the president of the “South Calcutta Physical Cultural Association” began a campaign for women’s
participation in the sport at a meeting of the Indian Boxing Federation in 1998.

Now, women boxers have already made an impact on India. Light-flyweight Mary Kom won a world boxing championship in 2003 and now she is an example for many Indian girls, especially after the
successful release of “Marycom” a Bollywood movie (2014). With a rape occurring every 20 minutes in a country with a population of 1.2 billion, women are far from being seen as equal in all segments of Indian society. To combat this, training academies around Calcutta set out to boosts girls’ morale, and self-confidence, as well as to help them learn self-defence and to stay fit. All these initiatives are aimed at
making women strong, so that they can defend themselves in case of rape.

“Around ten years ago, for the female boxers, the need to protect themselves from violent attacks by Hindus during riots might also be a reason behind their choice of sport” write Payoshni Mitra (Researcher and Activist, Gender Issues in Sport in India) “Life on the margins is inevitably threatened and dangerous, and therefore, it is natural for young women to yearn for protection from forces both within and outside Islam. This protection, they realized, could be best attained by physically empowering themselves. It is also noteworthy that these girls chose boxing or karate over other non-combative sports. It is to be noted that in the playground next to the boxing club in Khidderpore, football coaching is offered, but not a single woman could be seen there”.

However, for some young women, boxing is not only a means of self-defence, but a way of life. Simmi, Karamjit, Aditi and sisters Ajmira and Kashmira train as boxers alongside other neighborhood girls at the Kidderpore School of Physical Culture, a club in a Muslim ghetto of Calcutta. Simmi, 19, started boxing at the age of 13, and has since participated in the state and national level Olympics. Her dream is to move ahead to the Internationals. Karamjit started boxing one year ago and medaled in competition in no time. Boxing was her passion from her childhood, following in the footsteps of her old friend Simmi. Ajmira and Kashmira live in a small Muslim village located 32 km from Calcutta on the Sealdah. Everyday they take a 2 hours trip by train and bus to Ekbalpore to train at the club; a minor hurdle for these dedicated athletes”.

Ekbalpore, near Calcutta’s docks, is a Muslim-dominated neighbourhood dotted with dingy slums and gambling. Unemployment is high. The coaches of the KSOPC Boxing Club, Merajuddin Ahmed, popularly known as “Cheena Bhai” and his brother Nasim try to help the youth in their neighbourhood without any kind of sponsorship. The main problem here is poverty: many families can’t even afford the bus fare or the good diet necessary for a boxer. Girls share boxing gloves at the club, as they are expensive, and lament the fact that there is no sponsorship for women boxers. However, what these girls do possess is an undeniable fighting spirit. 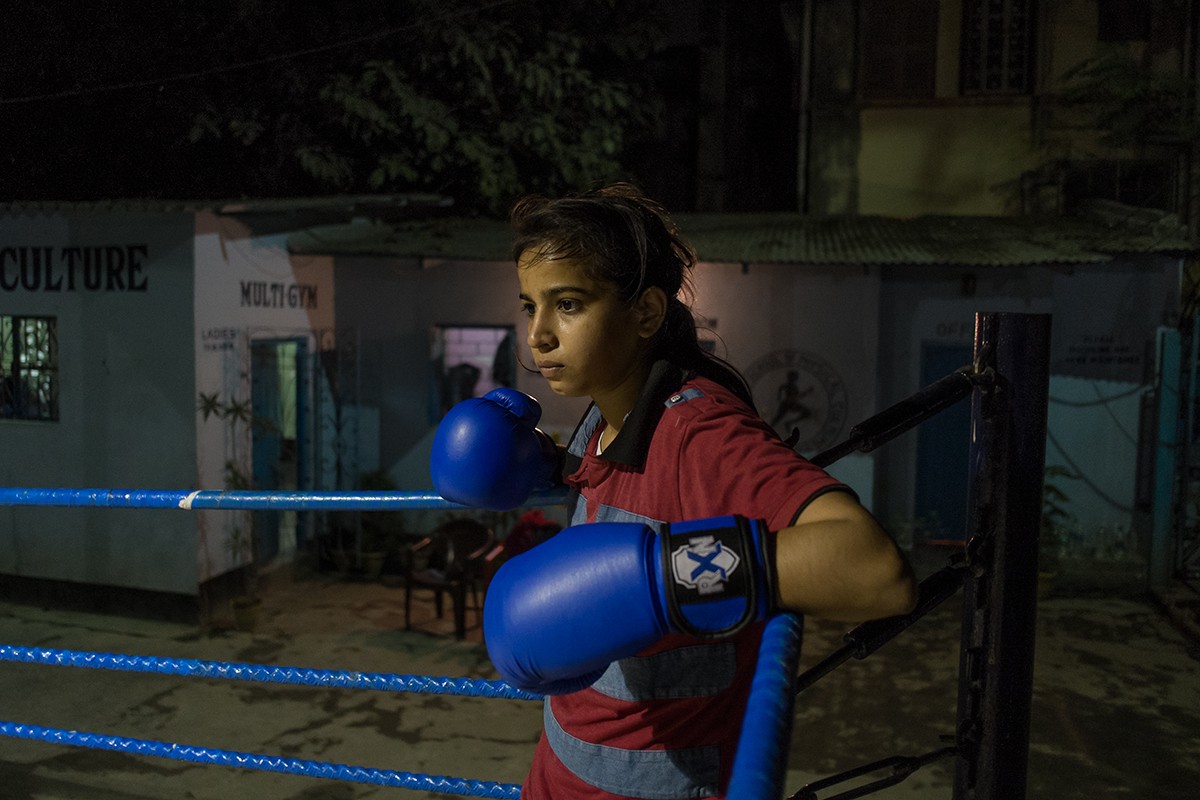 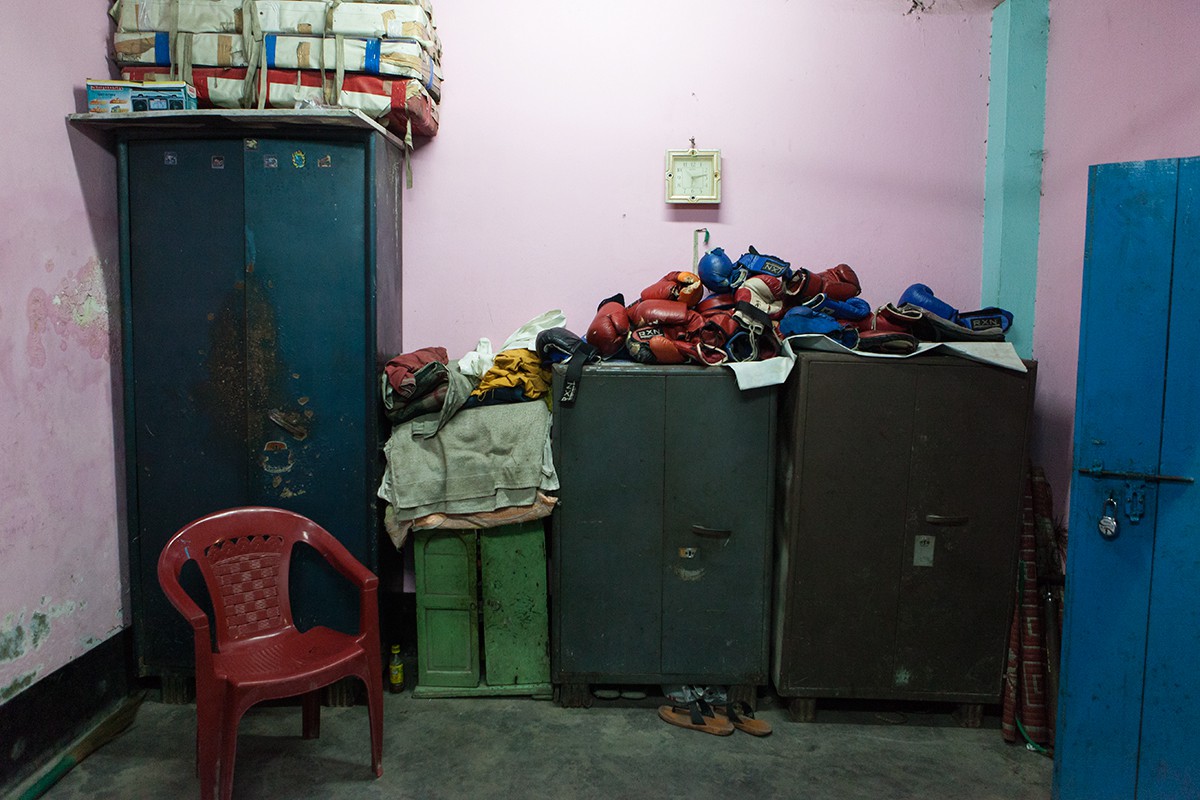 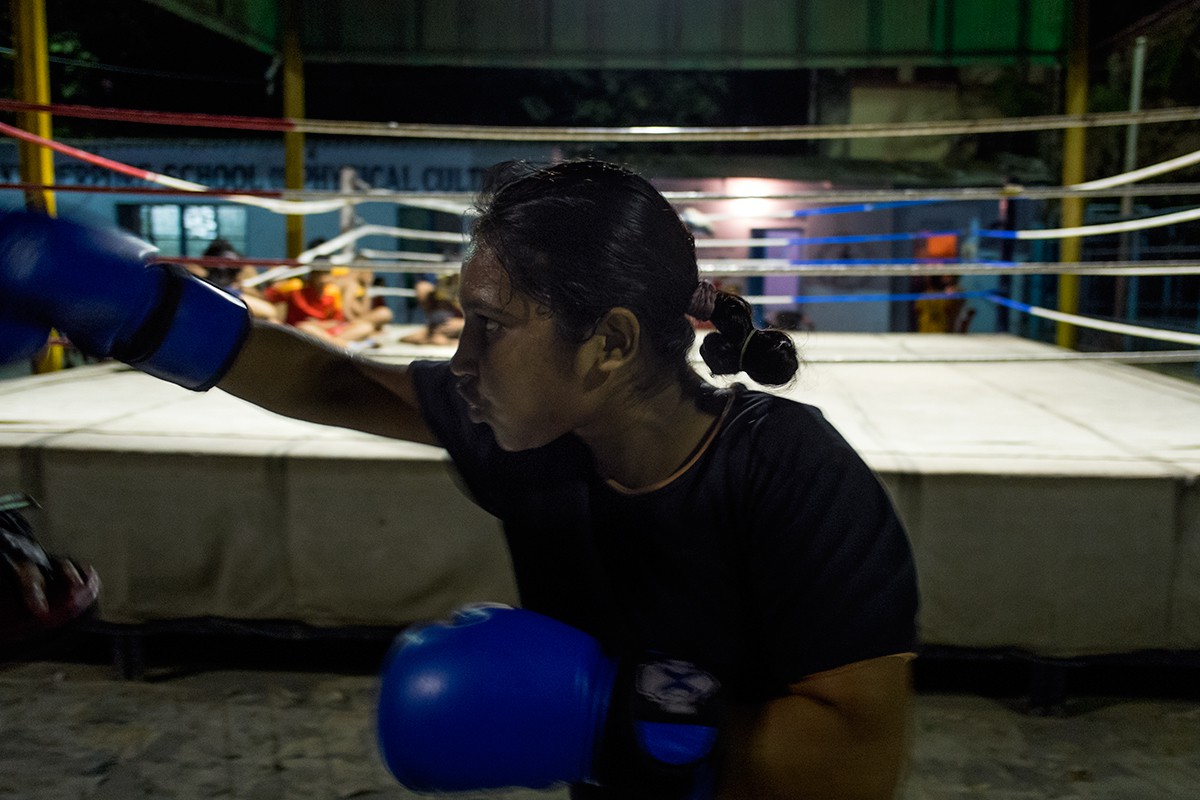